Just added to your cart

Story on Losing Her Virginity in a Traditional Asian Household:

Young love is said to be one of the most memorable parts of growing up. Greatly coveted by so many young girls, hoping for their chance at romance inspired by all the books and movies where high school love is a pivotal moment of their life. It’s intense and magical, to love someone who’s ready to face the pressures of the adult world with you.

But what if you’re born into a strong Chinese household? Where high school relationships are nothing but dismissible fantasies that serve no purpose but to distract you from achieving your full potential as the typical Chinese model student.

As an Australian-Chinese teen, I grew up under the guidance of my strict and traditional Chinese mother. As much as I love her and I’m grateful for how she shaped me into the person I am today, there was one aspect of her discipline that frustrated me greatly. Rules were rules. Never to be explained or justified no matter how many times I asked why. The why, was that she was the parent and I was the child. I wanted to understand why these rules had to be implemented but she wanted to discourage me from even considering disobeying her.

The same went for relationships. For her, relationships were serious and only when you believed that it would end in marriage. I found this extremely old fashioned, especially when my friends around me had dabbled in casual dating since middle school. Whenever I brought this up with her, she immediately shut me down, saying that it was not an appropriate topic for us to discuss.

This became quite confusing for me when what I was hearing at home and school became wildly different. Relationships and sex were untouched at home but at school there was a never-ending source of information from government organised presentations to casual conversations with friends. I developed the mindset that relationships and sex was something I was meant to explore by myself, regardless of my parents. I believed that as long as I was safe, that I was making the right choices. This was only reinforced by my Western friends who told me that this was the norm.

This one-sided view on relationships was a recipe for disaster when I started to fall in love for the very first time. We went to the same school and were both in our final year of high school. In the holidays before the beginning of Grade 12 we discovered that we were both attending different Science camps at the same university. We began comparing our science programs from what excursions and presentations we were seeing, to what we thought of our accommodation. Despite staying at colleges right next to each other, we never crossed paths in person so we continued talking online after school had started again.

Talking to him was so easy. We had a similar sense of humour and we were comfortable discussing a variety of topics. The progression of our relationship felt so natural and effortless. I never felt pressured to chase him or change my appearance and it all seemed to develop at the perfect pace. Spending time together at the laboratory after school progressed to late night texting and several months later, we were boyfriend and girlfriend. But this label came with a sense of secrecy and fear. We couldn’t go out on dates or publicise our relationship status because I was terrified that the news would eventually pass through the Asian grapevine and back to my mother. He didn’t mind my paranoia so we resorted to occasional after school dates in his car where we parked down the road, away from nosy friends and their teasing. We had the full hour to ourselves to talk freely, hold hands and breathe. Afterwards, he would drop me off at the university for tutoring. Sometimes we would vent about school over a shared cup of taro bubble tea. He was comforting and supportive whenever it came to problems at school or at home. He was my safe space and I like to think I was also his.

However, as I was caught up in the excitement and the adrenaline, I crossed a line. One day after exams had finished, I invited my boyfriend over while my parents were in another city for the day. Anyone could guess the result of two loved up teens home alone. I never had high expectations for my first time. I’d heard too many horror stories and I always predicted that I would lose my virginity in a meaningless one-night stand when I moved to university interstate as a part of my rebellious desire to catch up on all the parties and milestones that I had missed out on during school. Contrary to my belief, it was anything but that. There was never a moment where he made me feel nervous or insecure about my body. We were safe, we trusted each other and he made sure my feelings and comfort were prioritised. I felt truly valued and loved and I didn’t regret a single moment. Until I was caught.

People say that Mothers always know and this case was no exception. She knew something was wrong the moment she stepped through the door. It didn’t take long for her to squeeze the truth out of me and the result was explosive.

We argued, we screamed and we cried. What I thought was one of the happiest moments of my life was being thrown back at me as “indecent”, “shameful” and “disgusting”. She told me that I didn’t deserve to be her daughter and that I was a disgrace. She was furious that I had broken her rules but I had no idea what she was talking about. Then she revealed that we weren’t allowed to discuss relationships or sex until I had turned 18 and that it was inappropriate for me to be involved in anything of the sort until then. This only made me even more defiant. It was so ridiculous for her to criticise me for breaking a rule I never knew existed. How was I meant to know that my choices were wrong if all I ever heard from her was silence, making Western culture my only source of information and influence. Other people my age were free to sleep with whoever they wanted but I was the only one getting punished. If my mother was ashamed of my choices, then she was also ashamed of my beliefs. I was alone and angry. I was resentful that I was never allowed to express myself and never allowed to try to reach an understanding with her. It was her way or no way. At least until I was 18 but how was I meant to know that?

The following weeks were slow and painful. We’d never resolved any arguments before and we didn’t know how to start now. Days went by without speaking to each other. The only acknowledgement I got was the bowl of rice placed across her on the dinner table. My anger began to subside which revealed an empty pit of despair. I missed her and I was desperate for acceptance. We reached a turning point in our relationship when we finally sat down, tired of fighting but never understanding each other.

I realised how disrespectful it was to invite a stranger into my parent’s house without their knowledge. Hiding my relationship from her only made her feel like I didn’t trust her. My actions made her feel like she had failed as a mother. She thought that I would be judged by others and lose all face. Most of all she was worried for my health, something I never considered. I’ve always had irregular, sometimes non-existent cycles and extremely painful cramps. The past few years I’ve been tested but the blood work and ultrasounds always came back close to normal. It never occurred to me that my mother struggled to understand my doctors and their medical jargon in English. She wanted closure about my health but didn’t want to worry me during my final year of study. That’s why she didn’t tell me that after graduation when I turn 18 she wanted to take me to China to visit a fertility specialist who could explain all the medical results in both languages. What I had always seen as old-fashioned and controlling was instead her way of trying to make sure that I would get my information from someone credible that she trusted. She avoided the topic at home because she was worried that something would get lost in translation between us and that she would give me the wrong information.

This was one of the most turbulent periods of my life so far, but perhaps a necessary part of opening the dialogue between us. We are now comfortable to talk about anything and I value her advice and insight so much more than I did when I was younger. I don’t regret the feelings I have for my boyfriend but I do feel guilty for going behind my mothers back and putting her in such an uncomfortable position. We both do. I admire my boyfriend for how he handled the situation by making sure that he was on good terms with both my mother and I by apologising when clearly it was mostly my fault. Maybe in an alternate reality where we were comfortable to discuss her expectations and concerns earlier, I would have been happy to wait and give her that peace of mind.

Nonetheless, we still managed to find a happy ending. My boyfriend and I promised to focus on studies and support each other through the rest of the year. We graduated with some of the top scores in our cohort and both got into the university courses we wanted. On the way, we also got to celebrate a perfect Grade 12 Formal, Graduation and we even went on holiday to Shanghai with our Mothers. The ending of my school life was unexpected and bittersweet at times but I am so thankful for the growth of my relationship with my mother as well as the relationship with my own self worth.

Read 2 other full stories from the Asian & Loud Community: 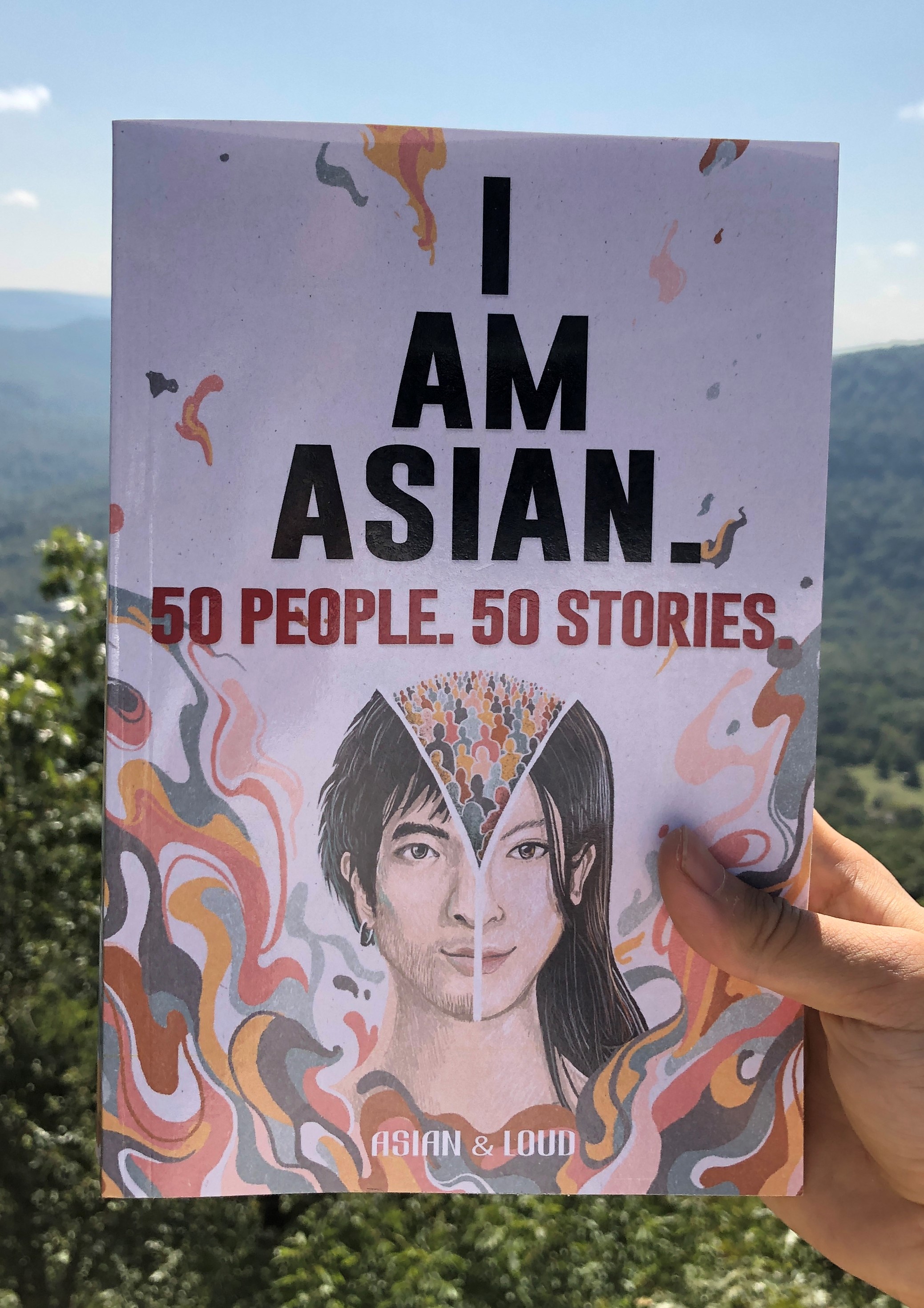